BMW used the ‘digital’ Geneva Motor Show to unveil the i4 concept, but the automaker’s livestream also provided a glimpse of the production iX3.

Shown completely undisguised, the production model closely echoes the iX3 concept which was introduced in 2018.

While we can only see part of the front fascia, it features a fully enclosed grille with blue accents on the bottom. Unfortunately, it appears to adopt a revised version of the concept’s controversial ‘bow tie’ as there’s a black space between the two kidneys, which to many directly reminds of Kia’s ‘Tiger’ style grille. 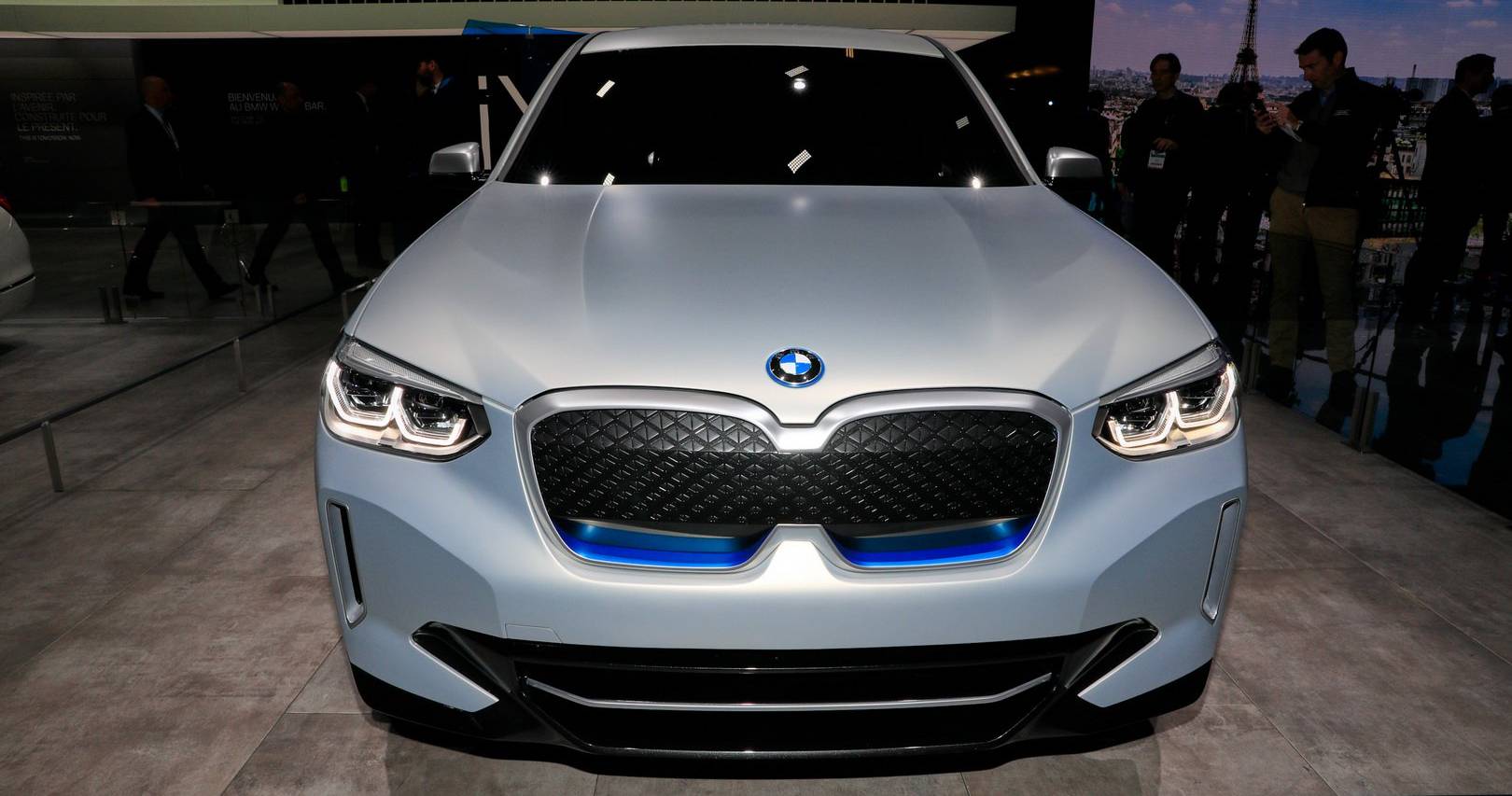 Elsewhere, we can see an EV-specific front bumper with vertical air intakes sporting chrome surrounds. The model also has lightweight aerodynamically-optimized wheels and unique front fenders with a charging port on the driver’s side.

Changes from the concept are minimal, but include the removal of gloss black body cladding. The front end also appears to feature some minor changes, but it’s hard to be certain at this point.

The iX3 will be introduced later this year and be built by BMW Brilliance Automotive in Shenyang, China. It will be exported to global markets and challenge the Tesla Model Y.

BMW hasn’t released detailed specifications, but has previously confirmed the crossover will have a 74 kWh battery pack and an electric motor that develops 282 hp (210 kW / 286 PS) and 295 lb-ft (400 Nm) of torque. The motor powers the rear wheels and will give the iX3 a range in excess of 273 miles (440 km) in the WLTP test cycle.

The production was model was originally expected to debut at the Beijing Auto Show next month, but the event has been delayed due to the coronavirus. As a result, it’s unclear when and where the electric crossover will be unveiled.