If there ever were someone to deserve a special edition Porsche 911 named in their honor, Belgium’s racing legend Jacky Ickx would be very high on the list.

Actually, we can stop speaking hypothetically because the six-time Le Mans winner received a wonderful gift from Porsche for his 75th birthday: the 911 Carrera 4S Belgian Legend Edition.

Honoring Jacky Ickx’s illustrious career and his contribution to Porsche’s sports car racing success in the 1970s and 1980s, this limited-run Porsche 911 happens to be the first special edition version of the new 992 generation.

The idea for this car came from the Belgian Porsche importer “D’ieteren,” which also played a role in designing the latest Legend Edition. Inspired by Ickx’s trademark blue and white helmet, the 911 Belgian Legend Edition features a bespoke ‘X Blue’ color, making it the first 992 to receive Porsche’s Paint to Sample.

Other unique exterior elements include a badge on the driver-side B-pillar featuring the Belgian flag and Jacky Ickx’s signature and 20/21-inch Carrera Classic wheels with X Blue and white accents. The latter are another reference to Ickx’s helmet, which traditionally featured a fine white line around the visor. To get this detail right, Porsche Exclusive Manufaktur had to use advanced laser engraving. 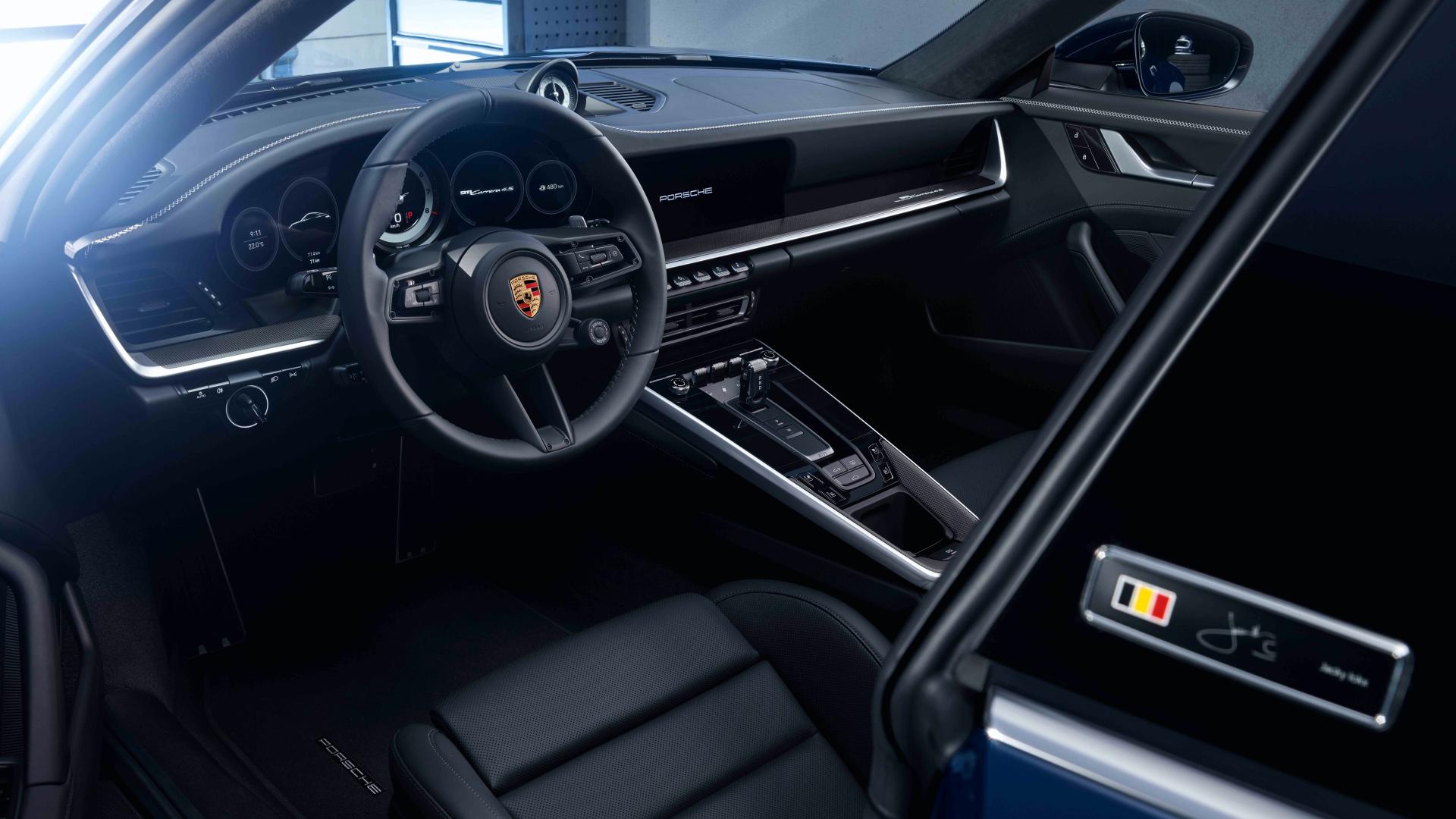 The interior combines black leather with Pebble Grey cross stitching on the dash, door panels and rear trim – all of which finished by hand. The ‘X’ shape of the stitching is another subtle reference to Ickx. Other exclusive touches include Pebble Grey piping on the 18-way Sports seats, ’911’ lettering on the headrests and seat backs finished in leather.

Rounding off the interior treatment are Ickx’s autograph embossed on the leather central armrest, ‘Belgian Legend Edition’ plates on the carbon door sill guards and color-matched key fob – also featuring Jacky Ickx’s signature. And now for some bad news, the Porsche 911 Belgian Legend Edition is limited to just 75 units and will only be available in Belgium.