Remember that mysterious teaser Lamborghini dropped back in May? Well, it was about the new, track-only SCV12 hypercar, the first model to be developed by the company’s Squadra Corse racing division.

The new Lamborghini SCV12 will celebrate its world premiere this summer, offering the company’s most powerful naturally aspirated V12 engine with more than 830 HP, thanks to “aerodynamic supercharging at high speed” according to the Italians.

The monstrous engine will be paired with a sequential six-speed transmission that will also act as a structural element within the chassis, sending power only to the rear wheels.

Lamborghini says that the SCV12 has been built upon a new fully carbon-fiber chassis that adopts specific elements from the racing world, designed by the Squadra Corse engineers; the limited-production hypercar will employ pushrod rear suspension that’s mounted directly on the transmission and will come with magnesium alloy wheels shod in bespoke Pirelli slicks.

The motorsport expertise of Lamborghini Squadra Corse played a key role in the design of the SCV12, which claims it’ll offer higher downforce levels than a current GT3 race car. The front bonnet features a double air intake and a central rib that directs airflow to a roof-mounted ram-air intake while the prominent front splitter features a set of winglets on the sides. The huge side sills employ their own vertical fins while the star of the show at the rear is the huge carbon-fiber wing and the massive diffuser. 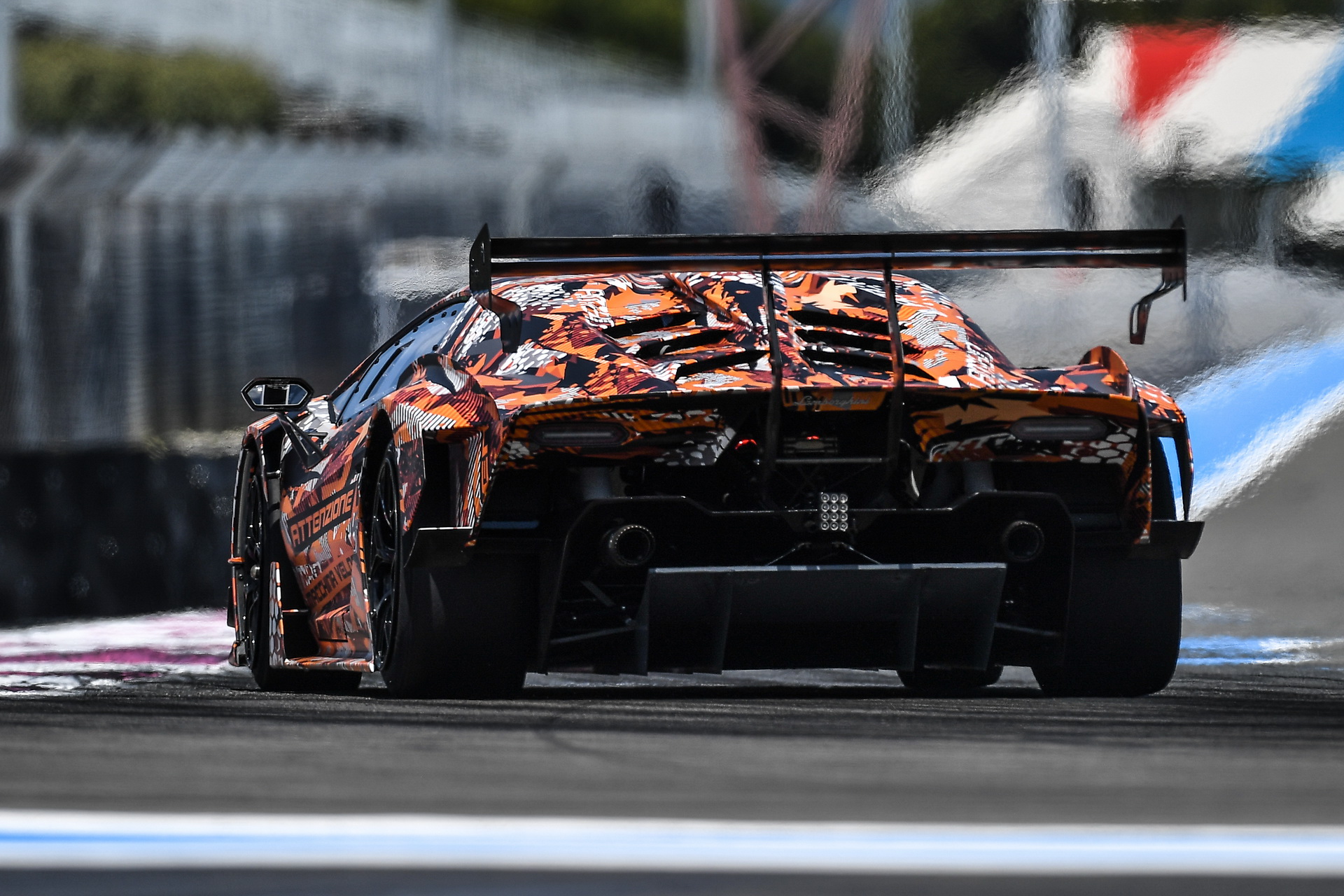 Lamborghini didn’t mention how many SCV12s they will make but it’s safe to assume that they are not going to be a lot of them. The new track-only hypercar will be built at the Squadra Corse factory in Sant’Agata Bolognese. The lucky few owners will become members of Lamborghini’s very exclusive club, one that will offer a number of advanced driving programs on some of the most famous tracks around the world, technical assistance from Squadra Corse engineers and special tutoring from Emanuele Pirro, five-time winner of the 24 Hours of Le Mans.