Kia has unveiled two SUV concepts at the Delhi Auto Expo 2020 in India and both preview production models.

We’re talking about the Kia Sonet and Seltos X-Line which preview a future global small SUV and a bolder Seltos variant, respectively. Starting off with the Kia Sonet Concept, the automaker says it will launch in production guise on the Indian market in the second half of 2020.

While no dimensions were released, the Kia Sonet looks clearly smaller than the Seltos, enabling the Korean automaker to tap into the booming small crossover market. According to local media, it’s under 4 meters long (157.5 inches) which allows it to qualify for the popular sub-4 meter category of vehicles that see lower taxation in India as long as they feature engines no larger than 1.2 liters (petrol) or 1.5 liters (diesel).

Read Also: Kia Might Launch A Small SUV Based On The Rio Hatchback

It features a modern design that incorporates signature brand elements such as the ‘tiger-nose’ grille with stepwell geometry within the mesh, ‘tiger-eyeline’ daytime running lights, and wide rear lighting which reminds of the current Kia Sportage.

The Sonet features sporty proportions, with highlights including the dynamic C-pillars that merge with the roof spoiler, chunky wheels and tires, and rugged-looking bumpers. There are some elements that will likely not make it to production, such as the pop-out door handles and tiny side mirrors. 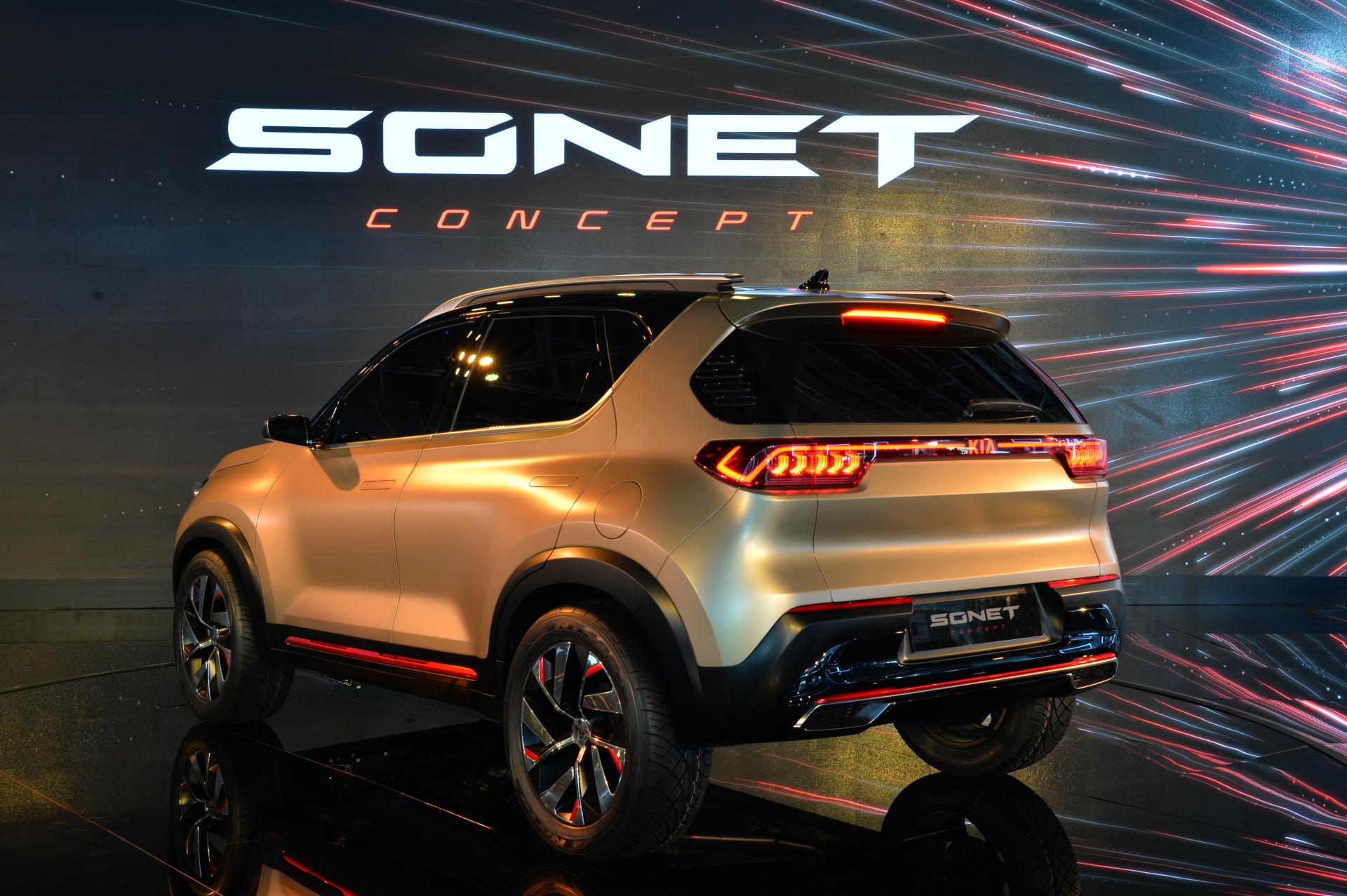 We don’t get to see the interior but Kia claims the Sonet will offer “best-in-class interior space and certain first-in-class features especially crafted for the Indian consumers.” The cabin is fitted with a 10.25-inch infotainment and navigation system with UVO Connect, a Bose premium audio system and an intelligent manual transmission (iMT).

When it launches later this year, the Kia Sonet will target “the young, social, connected, tech-savvy Indian.” 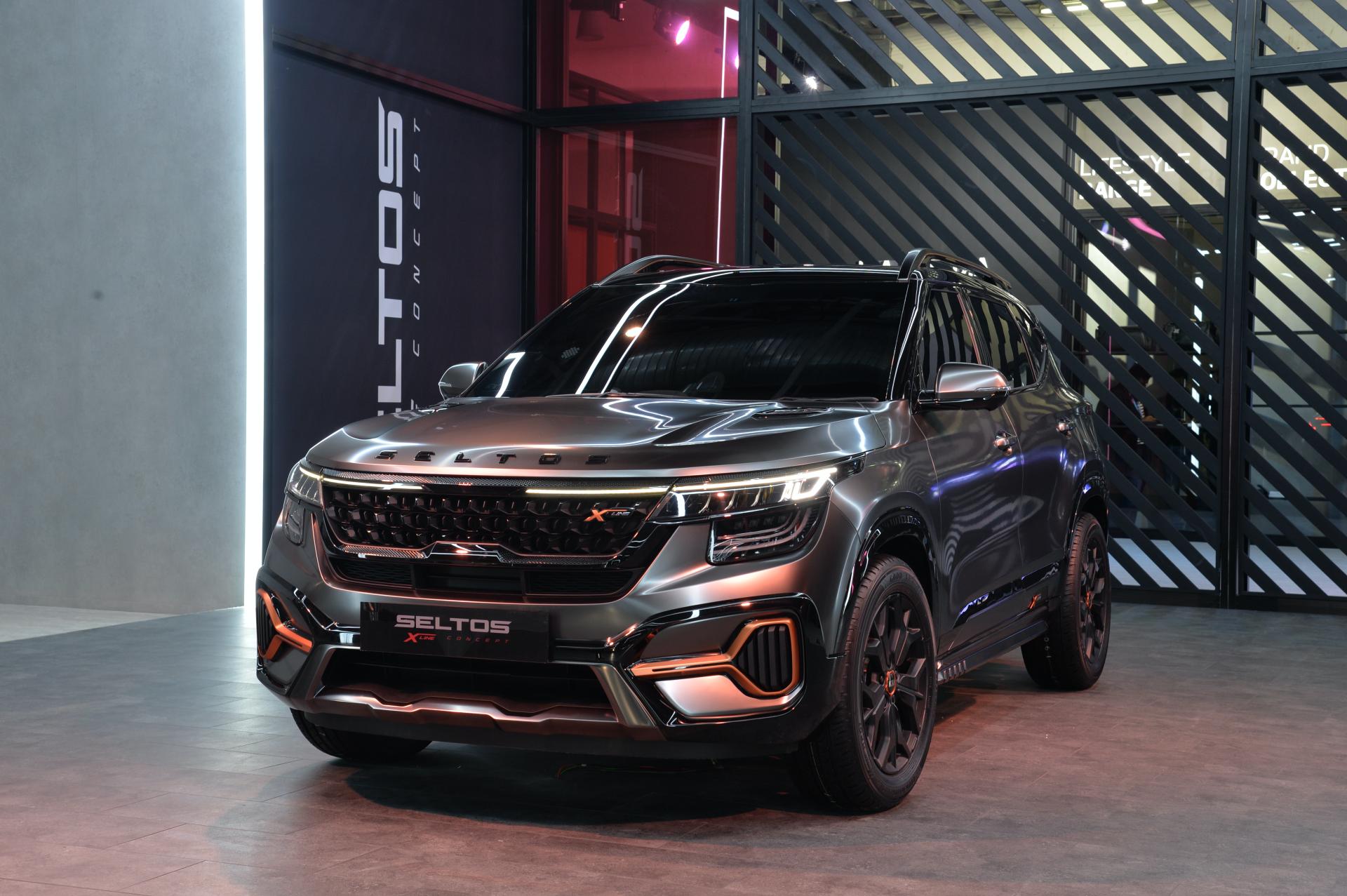 The second concept on display at the Delhi Auto Expo is the Seltos X-Line, which is said to herald a more rugged version of the popular subcompact SUV. The X-Line treatment brings a more aggressive front design featuring a new radiator grille and a redesigned bumper with orange and black accents as well as a prominent skid plate.

The rear bumper gets a similar treatment with orange and black accents, with other new elements including a roof rack and all-terrain-inspired body panels. Kia did not reveal when the Seltos X-Line will be available to the Indian public.

Besides these two concept SUVs, Kia’s stand at the Delhi Auto Expo 2020 also includes the Carnival minivan (known as the Sedona in the U.S.), Soul and Niro EVs, as well as Xceed and Stonic crossovers.