Keeping track of the different Rapid variants sold around the world has just become more difficult as Skoda has unveiled a facelifted 2020 lineup for China.

While in Europe the nameplate has been axed and replaced by a single model, the Scala, in China the range continues to include two body styles: the Rapid Spaceback hatch and Rapid sedan. Yes, the Asian country does not get the liftback available in Russia, opting instead for a four-door sedan.

As you can see, China’s 2020 Rapid gets a different facelift than the Russia-spec 2020 model. Skoda seems to have spent less money on the facelifted Rapid for the Chinese market, as the updates are less significant.

See Also: Russia’s New Volkswagen Polo Sedan Is Not A VW, A Polo Or A Sedan

On the outside, the changes are restricted to new headlights and taillights inspired by the European Scala, a new grille and refreshed bumpers.

Inside, the most important upgrade is the addition of a new 8-inch infotainment system which offers over-the-air updates, Android Auto and Apple smartphone connectivity, as well as other online services including the Amap navigation app, Kuwo music streaming service or Tingban online radio.

The new interface also comes with enhanced vehicle networking capabilities via the Skoda Banma Intelligent Interconnection System, a joint venture between the Alibaba Group and SAIC Volkswagen. Other interior tweaks include an updated multifunction steering wheel, a rearview camera, as well as new trims and upholstery fabrics. 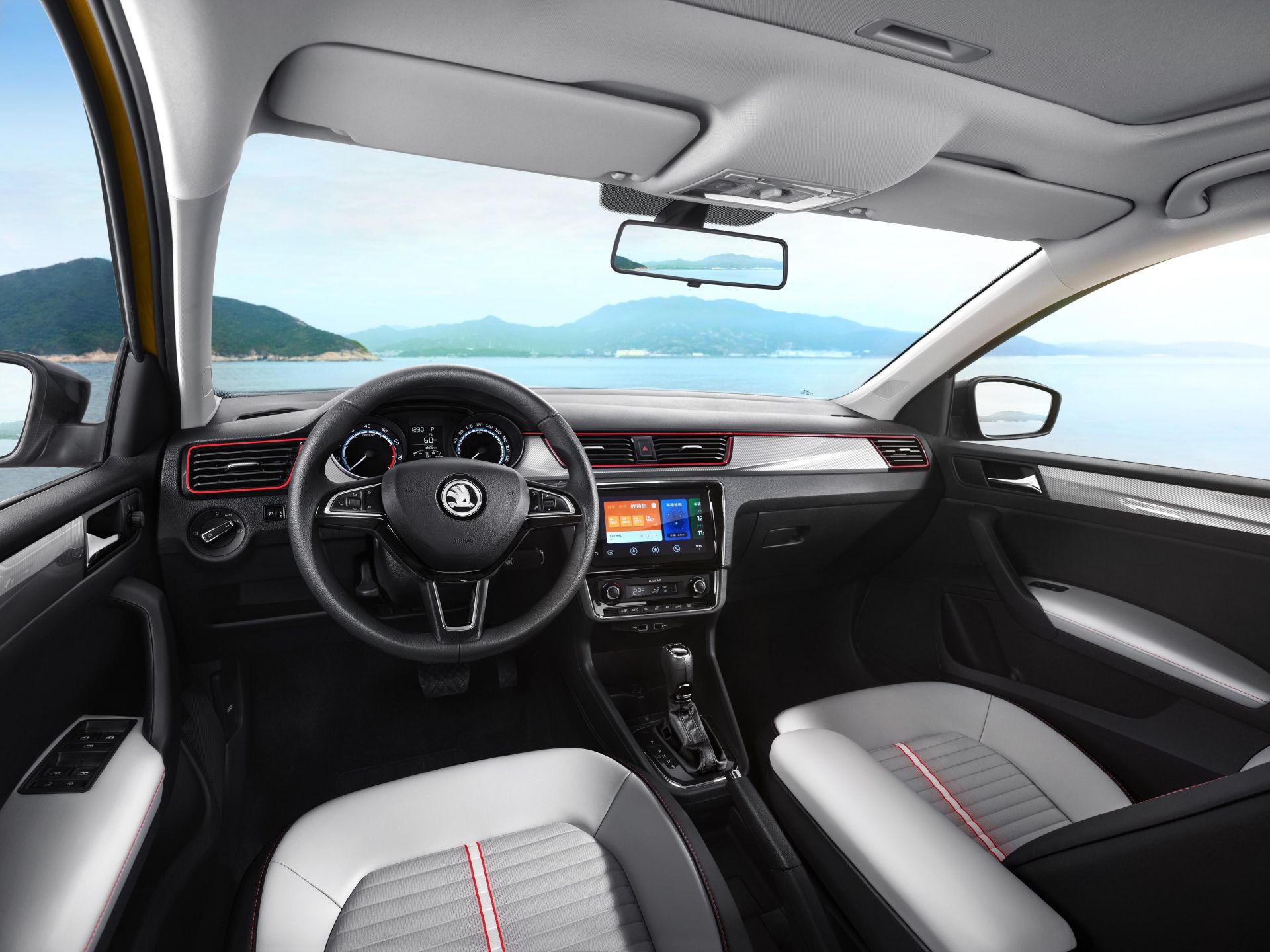 Both the Rapid and Rapid Spaceback are powered by a 1.5-liter four-cylinder petrol engine rated at 111 PS (109 HP / 82 kW) and 145 Nm (107 lb-ft) of torque. Mated to either a five-speed manual or a six-speed automatic transmission, the powertrain already complies with the strict China VI b emissions standard that will come into effect from July 2023.

Practicality-wise, both the 2020 Skoda Rapid and Rapid Spaceback remain unchanged, though it’s worth noting that opting for a sedan body style instead of the liftback results in a smaller cargo capacity. The Rapid sedan can accommodate 466 liters (16.5 cu ft) of luggage while the Rapid liftback that used to be available in Europe had a cargo volume of 550 liters (19.4 cu ft).