Automakers have embraced the idea of bigger is better, and this has resulted in compact crossovers that are far from compact.

However, the segment is rightsizing thanks to recent entries such as the Chevrolet Trailblazer and Kia Seltos. They’re so-called goldilocks models which are affordably priced and not too small or too big.

The latest crossover to join the club is the 2022 Volkswagen Taos, which slots beneath the Tiguan and starts at a reasonable $22,995. The model will go on sale in the United States next month and, judging by our brief time with it, the Taos appears pretty promising.

Entry-level crossovers aren’t known for their looks and that trend continues with the Taos as it won’t be turning any heads. While it’s not terribly exciting to look at, the model dresses the part as it’s equipped with plastic body cladding, roof rails and faux silver skid plates.

They’re joined by a sculpted hood and a distinctive front fascia with black accents as well as a three-bar grille. Other notable highlights include squared-off wheel arches, prominent character lines and a gently sloping roof. Furthermore, even the base model comes equipped with LED lighting units and 17-inch alloy wheels.

A Roomy Interior With Plenty Of Tech 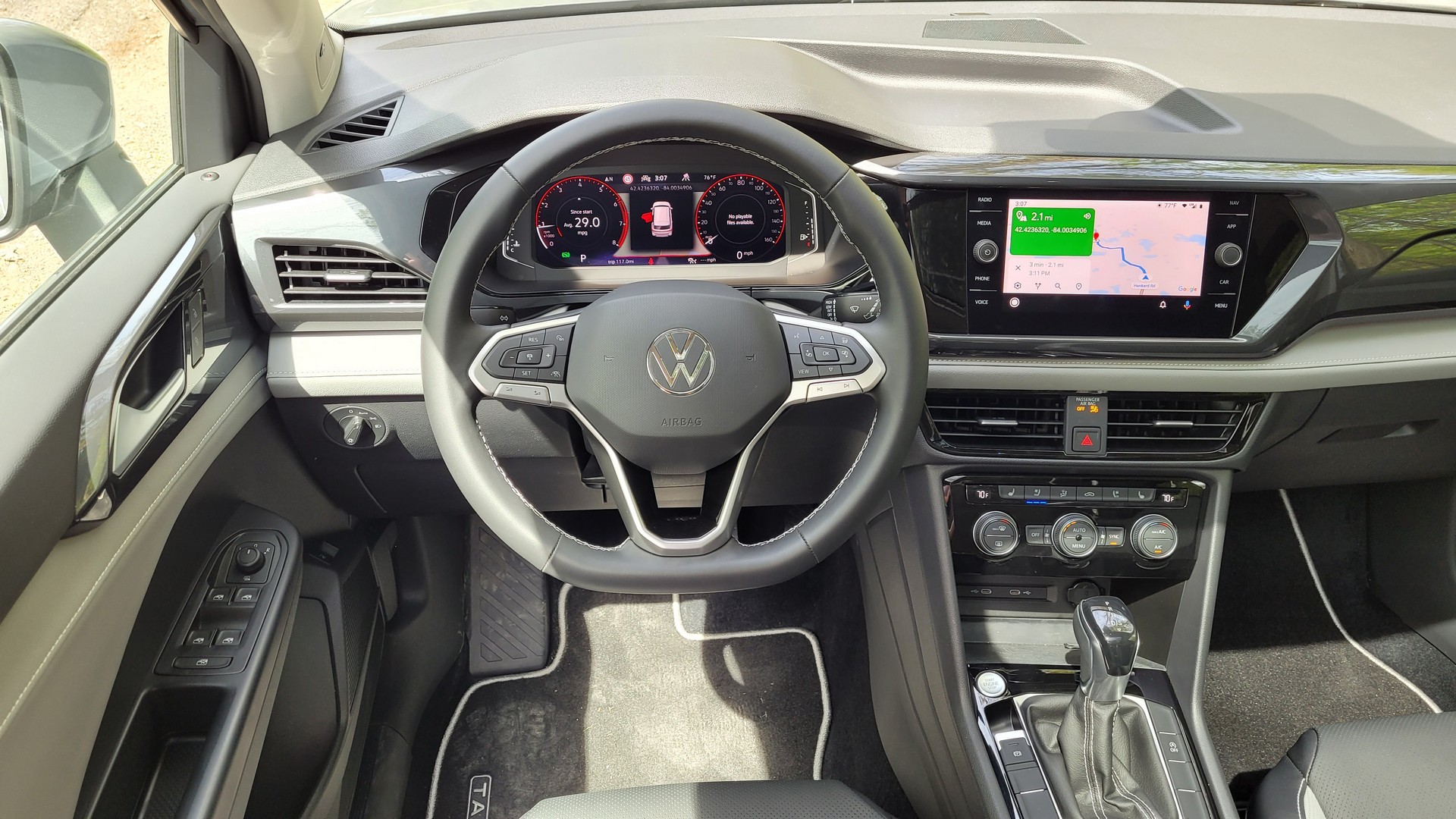 In order to keep prices low, a number of small crossovers skimp on interior quality and equipment. Not Volkswagen as the Taos comes standard with an 8-inch digital instrument cluster, a push-button ignition and a 6.5-inch infotainment system. Higher-end variants go even further as they’re equipped with a 10.25-inch digital instrument cluster and a larger 8-inch infotainment system.

Sticking with the tech theme, the entry-level Taos can be equipped with a $995 IQ.Drive S package which adds a blind spot monitor, front assist, emergency assist, travel assist and lane assist. The package also includes rear traffic alert and an adaptive cruise control system with a stop and go function.

Designers didn’t just focus on technology as the Taos comes with a handful of special touches including two-tone seats with grey contrast stitching. This helps to make the cabin feel more upscale and buyers can get high-end options such as heated / ventilated front seats. 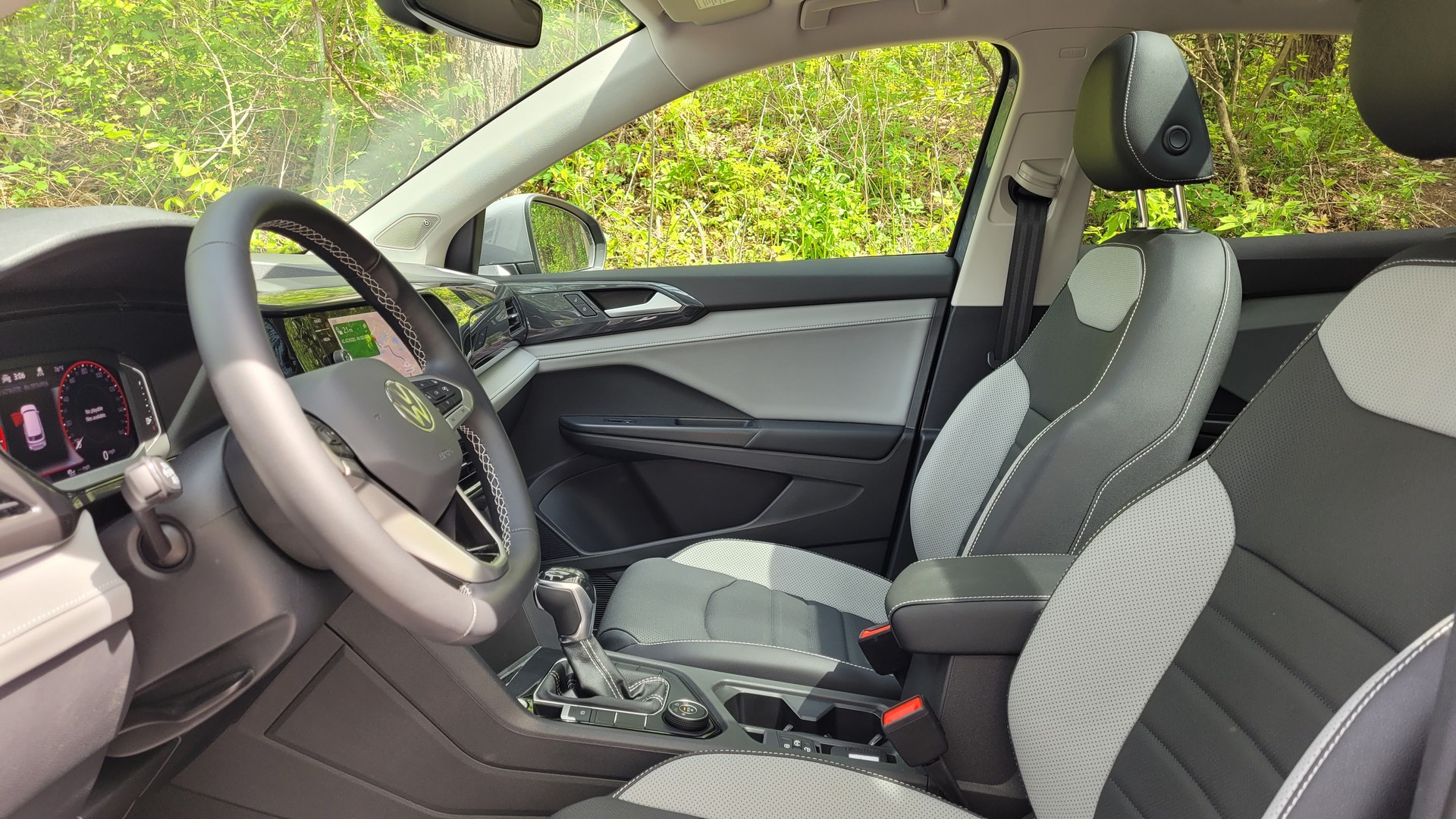 Speaking of the front seats, they’re nicely padded and offer supportive bolstering. This makes it easy to get comfortable behind the wheel and drivers will find headroom worthy of an NBA player.

Thanks to the sizable wheelbase, second-row passengers can travel in comfort as there’s an impressive 37.9 inches (963 mm) of rear seat legroom. This dwarfs key competitors, but it falls short of the Jeep Compass which is one of the models that Volkswagen is targeting.

Given the affordable price tag, it shouldn’t be surprising to learn the interior isn’t overly luxurious. That being said, material quality is decent and the Taos benefits from a nicely designed cabin. Speaking of the latter, there’s a tiered dashboard with an upholstered accent as well as a wide swath of glossy trim. Drivers will also find a nice three-spoke steering wheel, high-quality switchgear and metallic accents.

A Proper Engine And Transmission 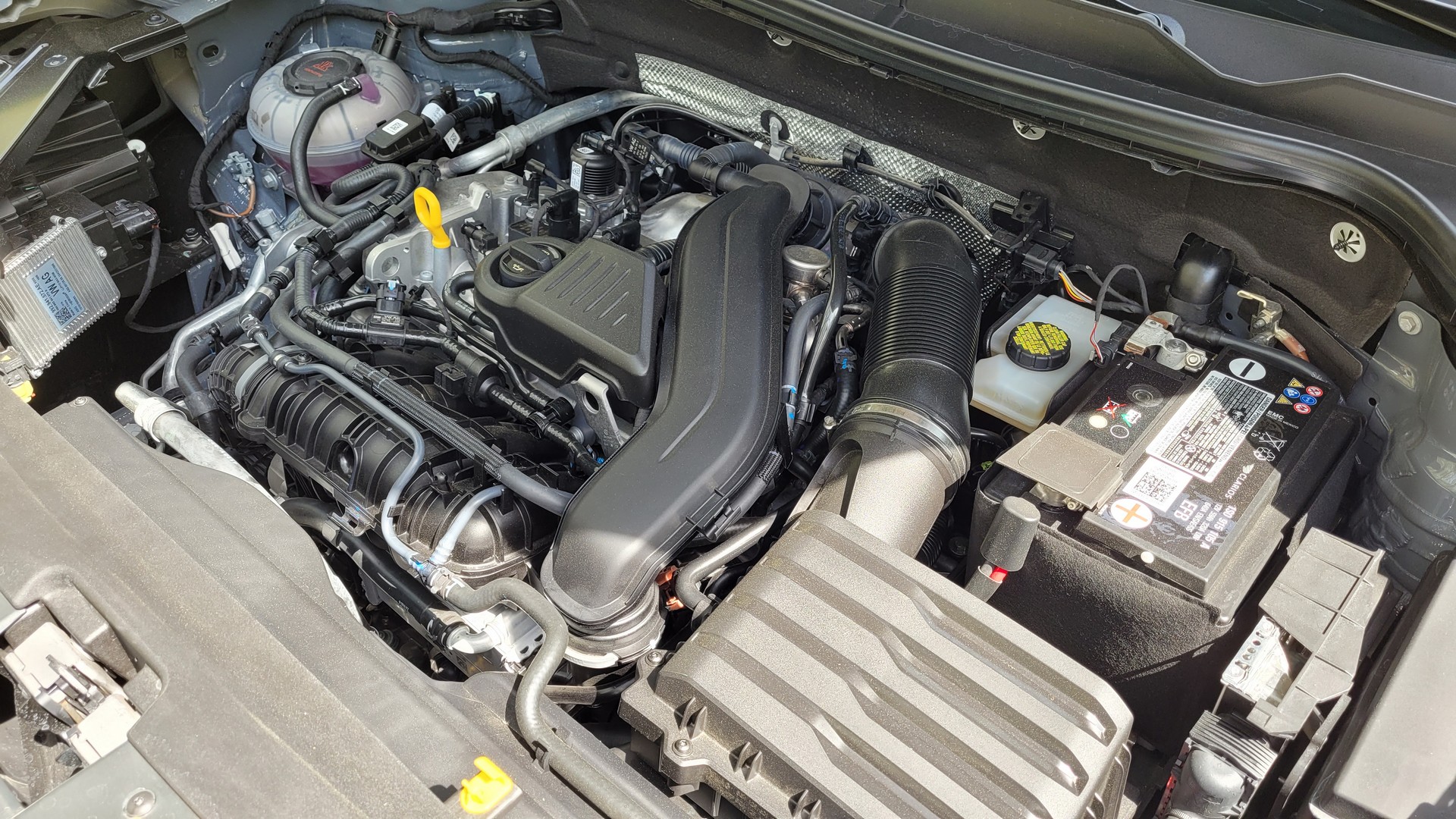 The engine is an upgraded version of the Jetta’s 1.4-liter four-cylinder and it features a larger displacement, a higher pressure fuel injection system and a variable turbine geometry. Thanks to these and other changes, the engine is efficient as front-wheel drive variants have an EPA-estimated fuel economy rating of 28 mpg city, 36 mpg highway and 31 mpg combined. That drops to 25 mpg city, 32 mpg highway and 28 mpg combined with all-wheel drive.

Another notable thing about the Taos is ‘proper’ gearboxes. While a number of small crossovers have a continuously variable transmission, Volkswagen opted for a smooth shifting eight-speed automatic. All-wheel drive variants are slightly different as they have a seven-speed dual-clutch transmission, which promises to deliver a sportier driving experience.

It’s A Pleasure To Drive 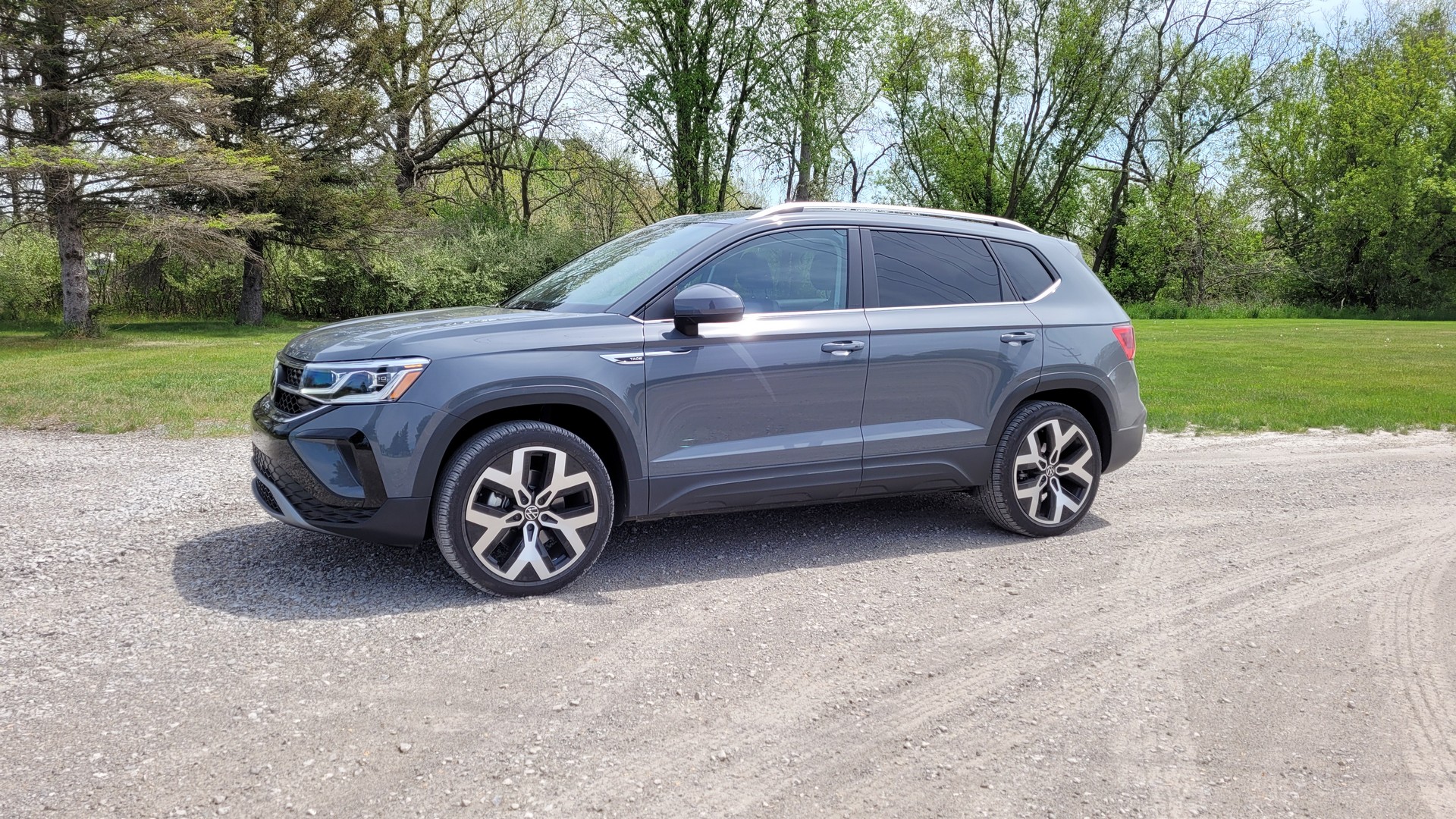 While most entry-level crossovers aren’t terribly exciting to drive, the Taos is a decent performer and a lot of that can be chalked up to the MQB platform.

During our brief time with the model, the Taos handled admirably on rural Michigan roads and felt slightly sporty. That’s a characteristic which is often missing in its segment.

Furthermore, the model rides comfortably and features a responsive steering system. The steering is a bit light on front-wheel drive variants, but all-wheel drive models have a drive mode selector with Normal, Sport and Individual settings. Sport mode is the star of the show as it adds heft to the steering, improves throttle response and optimizes gear changes for a sportier driving experience. 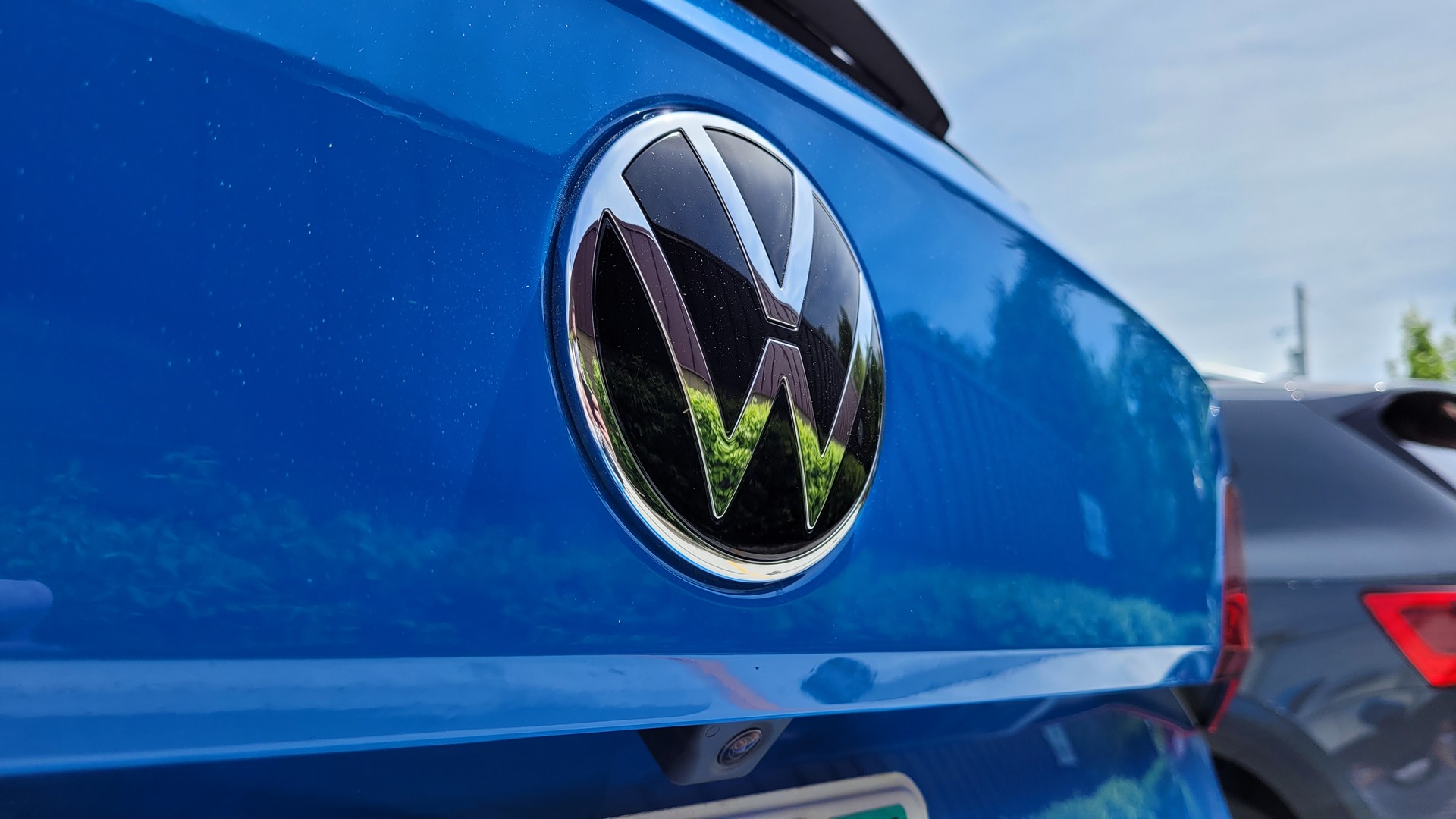 We didn’t have much need for the Taos’ optional all-wheel drive system, but it’s eco-minded and decouples from the rear wheels when not needed. However, when extra traction is required, the system engages in “fractions of a second” and can send up to 50% of engine torque rearward.

Speaking of the all-wheel drive system, it has Onroad, Snow, Offroad and Custom Offroad settings which adjust parameters for the engine, transmission and steering as well as the adaptive cruise control system and traction control systems. All-wheel drive models also have a multilink rear suspension, instead of the torsion beam setup used on front-wheel drive variants.

Lastly, the Taos features 12.3 inch (312 mm) ventilated front and 10.7 inch (272 mm) solid rear brake discs. We didn’t test them to extremes, but they’re more than capable of bringing the crossover to a halt. 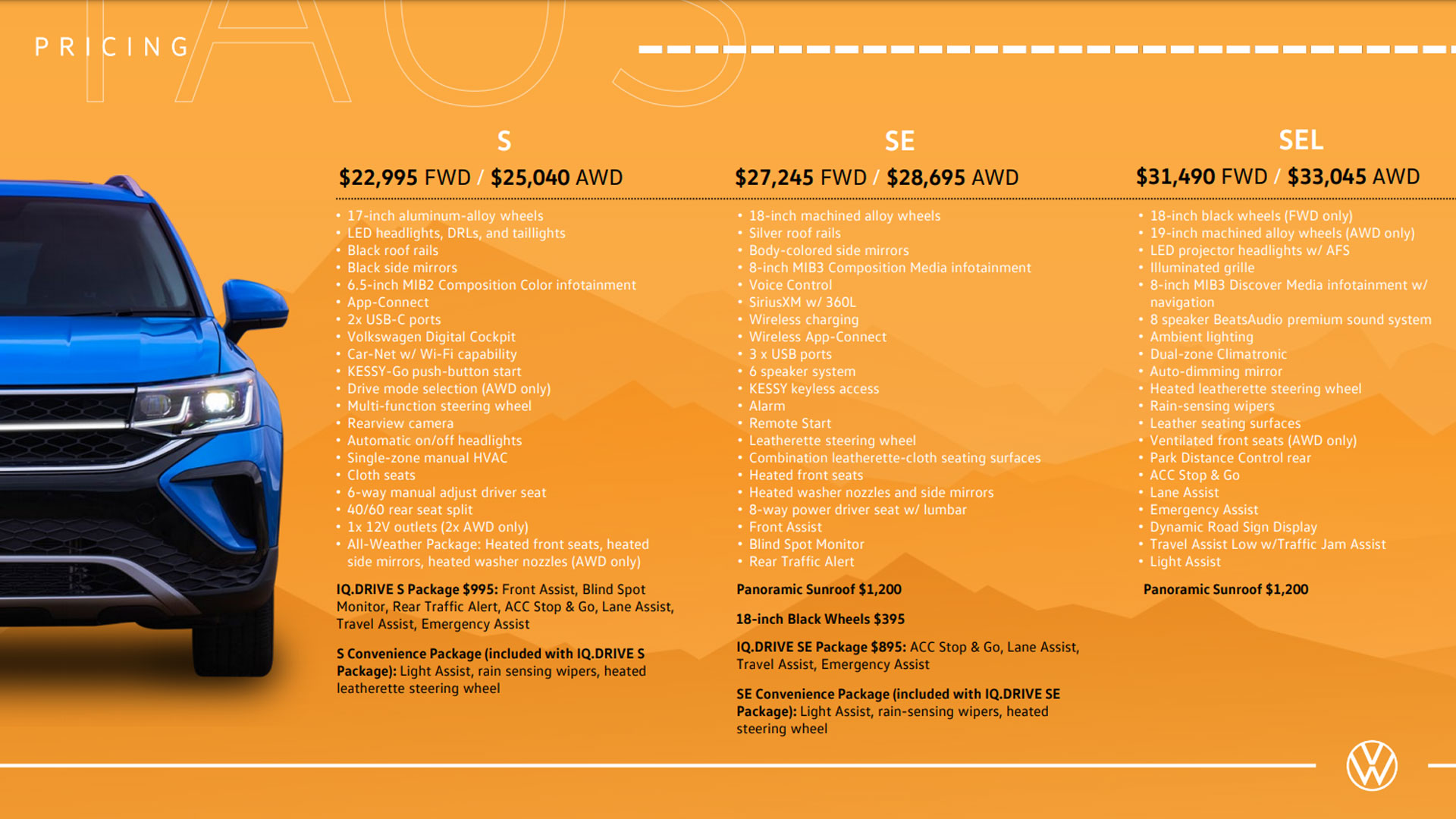 One of the biggest advantages of the Taos is that pricing starts at $22,995 before a $1,195 destination charge. That’s $2,250 less than the Tiguan, but Volkswagen officials suggested the facelifted crossover will be receiving a price hike when it goes on sale later this year.

Moving up the trim ladder is the $27,245 Taos SE. It features a more upscale exterior with silver mirrors and roof rails as well as larger 18-inch alloy wheels. Buyers will also find an eight-way power driver’s seat, cloth / leatherette upholstery and a leatherette-wrapped multifunction steering wheel. Other niceties include heated front seats, a six-speaker audio system and a larger 8-inch infotainment system with wireless app-connect. Rounding out the highlights are a keyless entry system and a wireless smartphone charger. 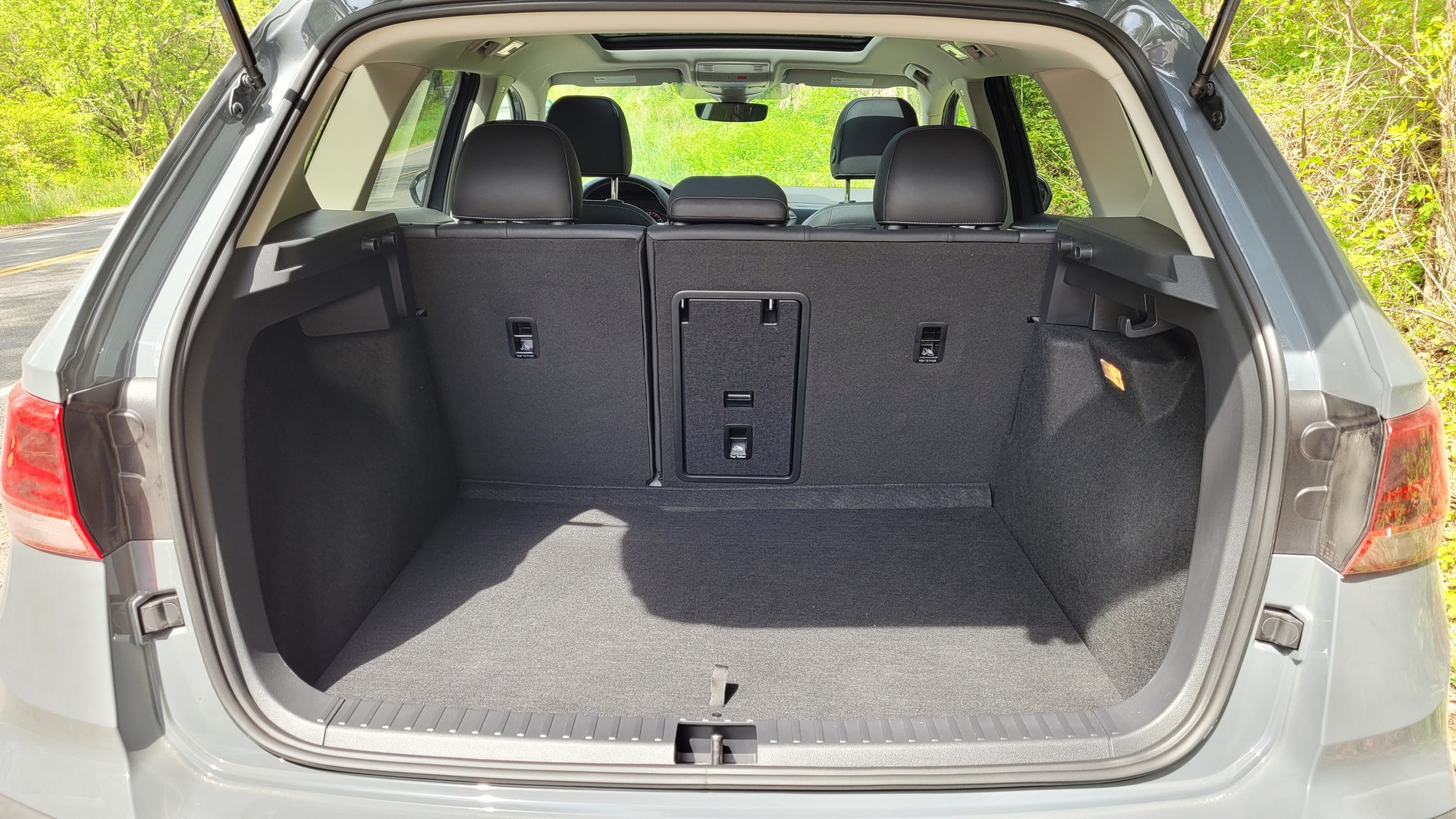 The range-topping Taos SEL begins at $31,490 and it’s distinguished by an illuminated light bar in the grille. The model also has fancier LED headlights, rain-sensing wipers and 18- or 19-inch alloy wheels.

Besides the styling changes, the SEL comes equipped with leather, a dual-zone climate control system and heated / ventilated front seats (AWD only). Drivers will also find a larger 10.25-inch digital instrument cluster, GPS navigation and a heated leatherette steering wheel. Rounding out the highlights are an auto-dimming rearview mirror, an eight-speaker Beats audio system and a plethora of driver assistance systems.

Front-wheel drive comes standard, but all-wheel drive is also available. It costs an additional $2,045 on the base model, but the price drops to $1,450 and $1,555 on the higher-end variants. 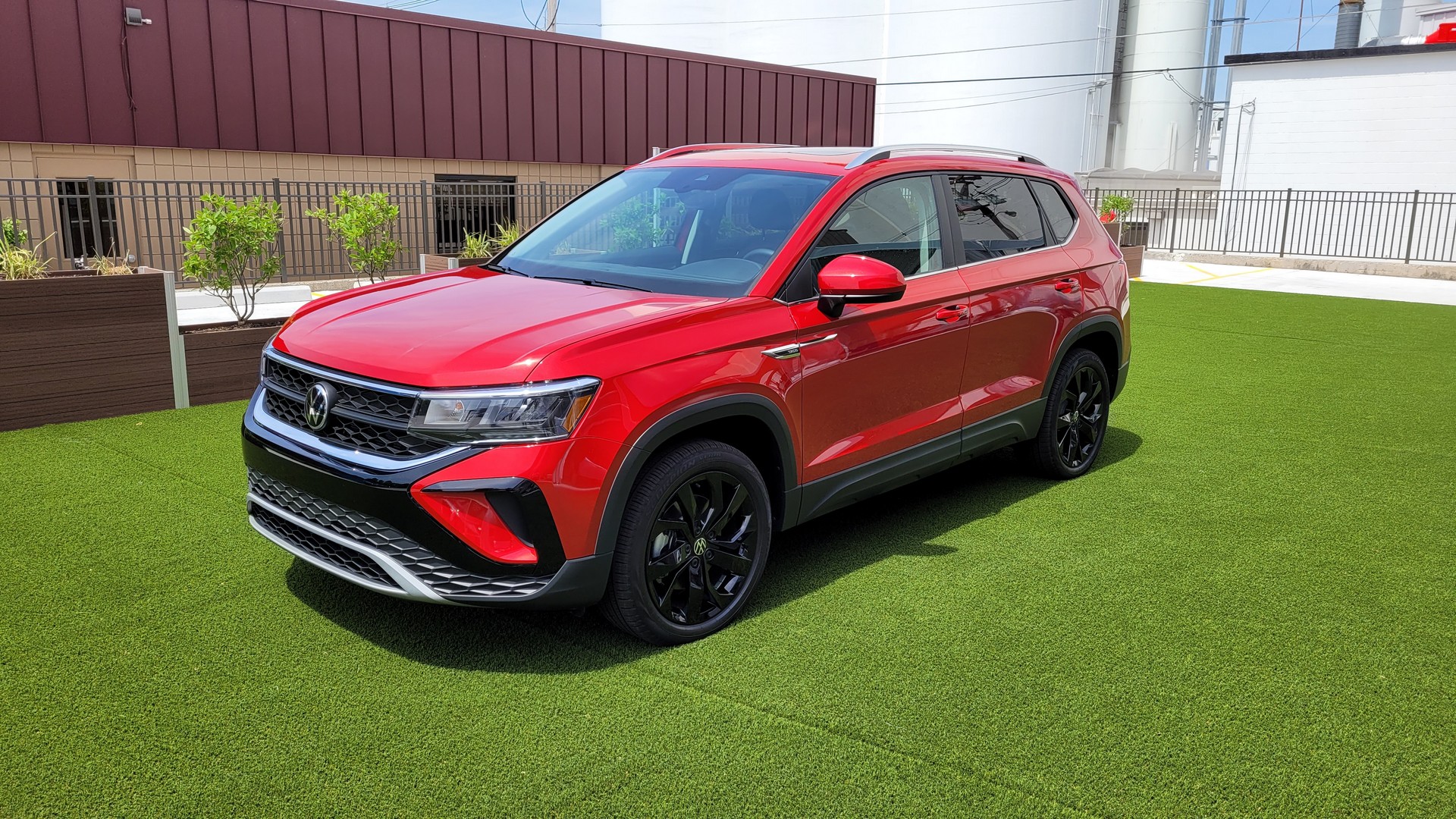 The Taos fills a significant gap in Volkswagen’s lineup and makes a good first impression. More importantly, it costs less than the Tiguan without any major tradeoffs.

In particular, the Taos has a spacious and high-tech interior that can comfortably seat four adults. This makes it a good choice for young families and empty nesters, who don’t need a ton of cargo space.

That being said, the Taos is a bit dull but that’s pretty much par the course for the segment. However, if you can get past the underwhelming looks, there’s a lot to like.