Driven: 2020 DS 7 Crossback Is The SUV You Never Knew You Wanted

What on Earth is a DS, right? That seems to be pretty much everyone’s reaction when confronted with this surprisingly stylish compact SUV. But let’s run it back a decade or so and see how the French brand came to be.

It’s the year 2009 and I’m sitting in what I think was a showroom or some type of large store in downtown Paris, along with a handful of other car journalists. We’re all there for the international launch of Citroen’s own premium brand, the DS.

I’ll admit to being skeptical, and for good reason. It’s tough to launch new premium brands in the car industry, and when you do manage to get some traction, it can take decades before you have any success globally. Just ask Lexus…

Not long after that event, I got to drive the first ever DS model, which was the DS 3 – actually, Citroen DS3 to be precise.

It wasn’t all that good. It wasn’t sporty, it wasn’t particularly well-made and it looked quirky. I actually thought this brand would never get off the ground to be honest with you. But then DS moved from being exclusive to Citroen, to becoming more independent within the PSA Group umbrella roughly 5 years ago. Thus, DS Automobiles was born.

Since then, they gave the world the DS 4 and 5, as well as a new DS 3. Unfortunately, all of them were based on previous-gen PSA Group technology, and again, they looked quirky. Now however, the pinnacle of DS Automobiles dawns the moniker DS 7 Crossback, and unlike with previous models, its designers focused on comfort, build quality and on-board technology. I’m here to tell you that to my literal astonishment, this is an unbelievably good car for the money. But more on that later.

Is it good looking though?

Whatever you want to call it, it’s definitely not quirky or weird. It actually looks very “German” from some angles and that’s a really good thing, because in this industry, if you can’t beat them, you better bend over backwards to join them. 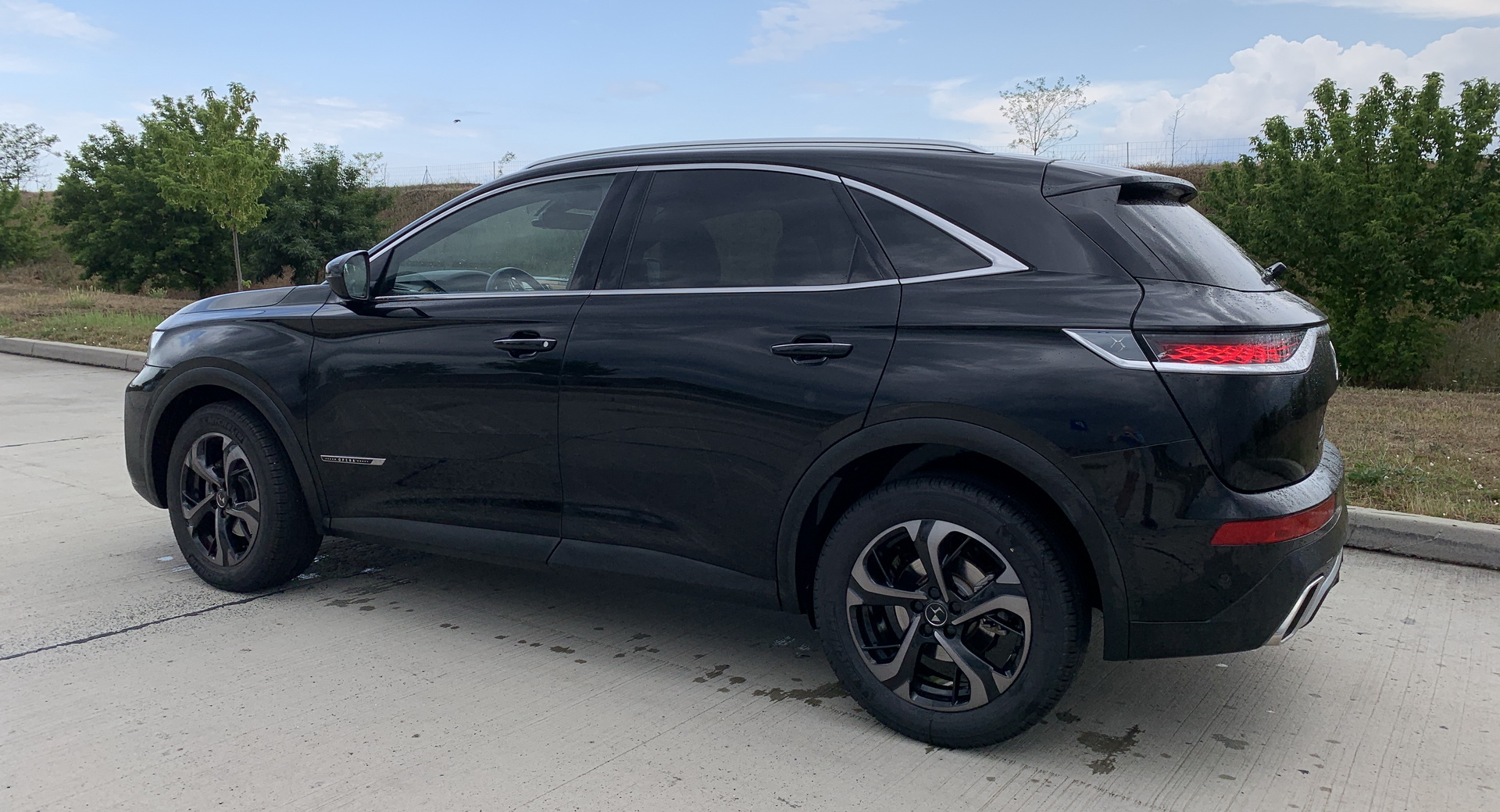 Personally, I find it reasonably good looking, with stunning headlight tech and taillight graphics. Those jewel-like rotating LEDs in the headlights are beautiful to look at whenever you start or stop the engine – well, the people who are outside the car will enjoy them at least.

Compare it to an Audi Q5, BMW X3 or Mercedes GLC and you could argue for any one of them being the best looking model of the group. Now, while it’s true that the DS 7 is ever so slightly smaller than these three German crossovers, it’s still much closer to them in size than it is to their smaller counterparts, the Q3, X1 and GLA. Here’s a quick size comp between the GLC and the DS7.

Normally we wouldn’t be talking this much about rivals. This isn’t a comparison test. However, given the lack of popularity and global knowledge about not just this model, but the brand as well, it’s only fair to go into as much detail as possible.

The DS 7 isn’t as sharp to drive as something like an X3 or a Q5, but then again it doesn’t need to be. All it needs to do is be comfortable, safe and stable, which it really is. It feels very robust and easy to drive and maneuver around town. You can’t even fault it at highway speeds, especially with the Level 2 semi-autonomous systems keeping you in the center of the lane at all times. It actually drives a lot like the GLC. Not particularly sporty, but very comfortable and planted.

The engine on our test car was a 222 HP (226 PS) 1.6-liter turbocharged gasoline unit mated to PSA’s 8-speed automatic gearbox. We sampled this transmission before, when we drove the latest Peugeot 508. Power is sent exclusively to the front wheels, as it is in any DS 7 Crossback model variant other than the new E-TENSE. 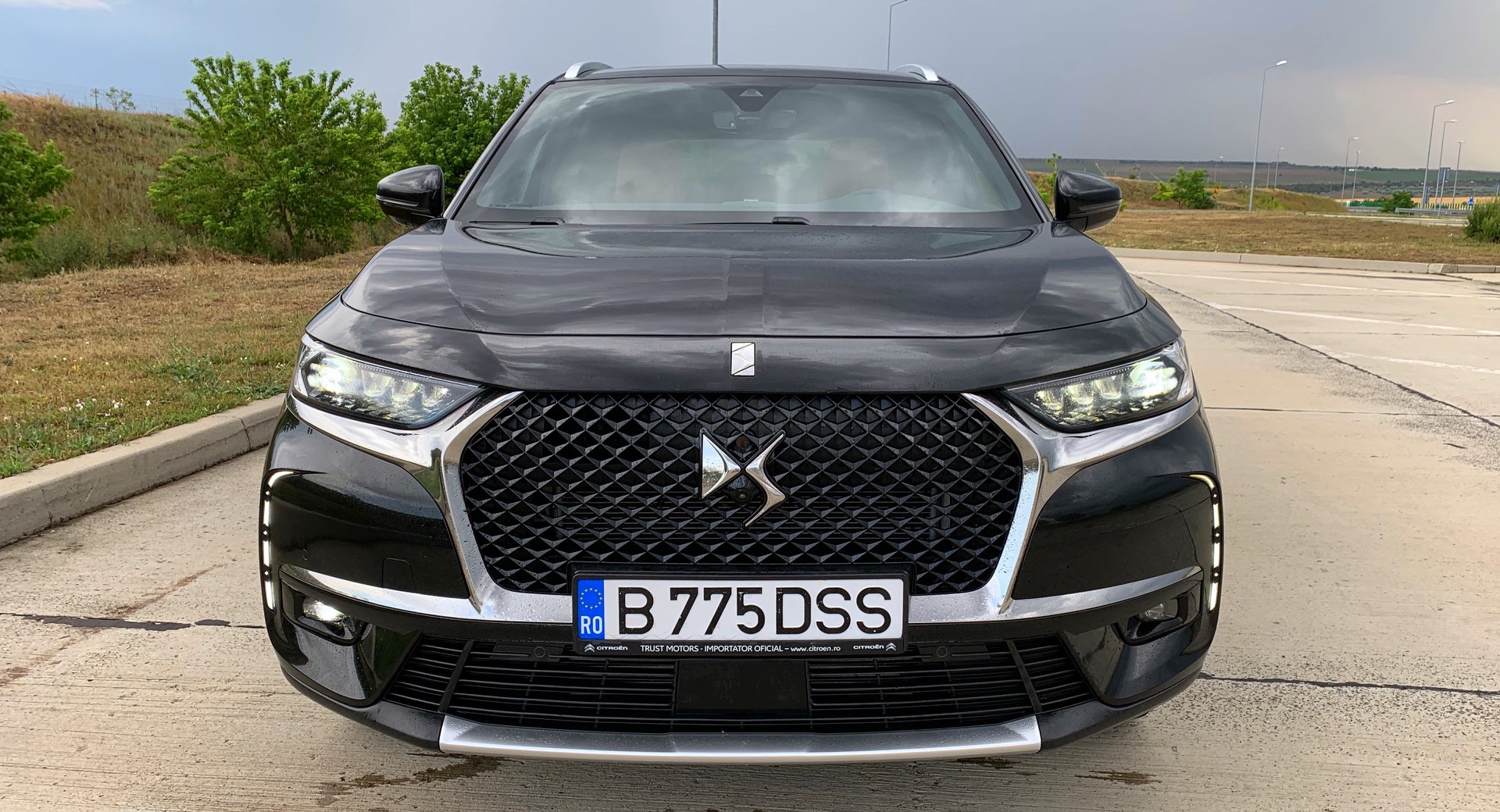 So what can we tell you about the powertrain? It was alright, but not the happiest of marriages. The entire setup can feel a bit jerky since you sometimes need to rev it a lot in order to access the engine’s peak torque output optimally. So instead we would recommend the 174 HP (177 PS) HDi diesel unit, which even has an extra 100 Nm (74 lb-ft) of torque.

Surely this is just an overdressed Citroen, right?

You know, that’s what I thought initially, but came away very surprised. Just to ball-park it, I’d say that the materials inside are about 90% as good as in the X3 and Q5, about the same as in the Volvo XC60 and actually a bit better than in the non-facelifted Mercedes GLC.

So yes, this is a proper premium product, with pretty much all surfaces being soft-touch, apart from some harder plastics underneath the dashboard – mainly in places you rarely touch or even look at. In addition, the special DS Inspiration Opera Alezan Brown leather, a 2,145 euro ($2,400) optional extra, really made this car’s interior feel expensive. 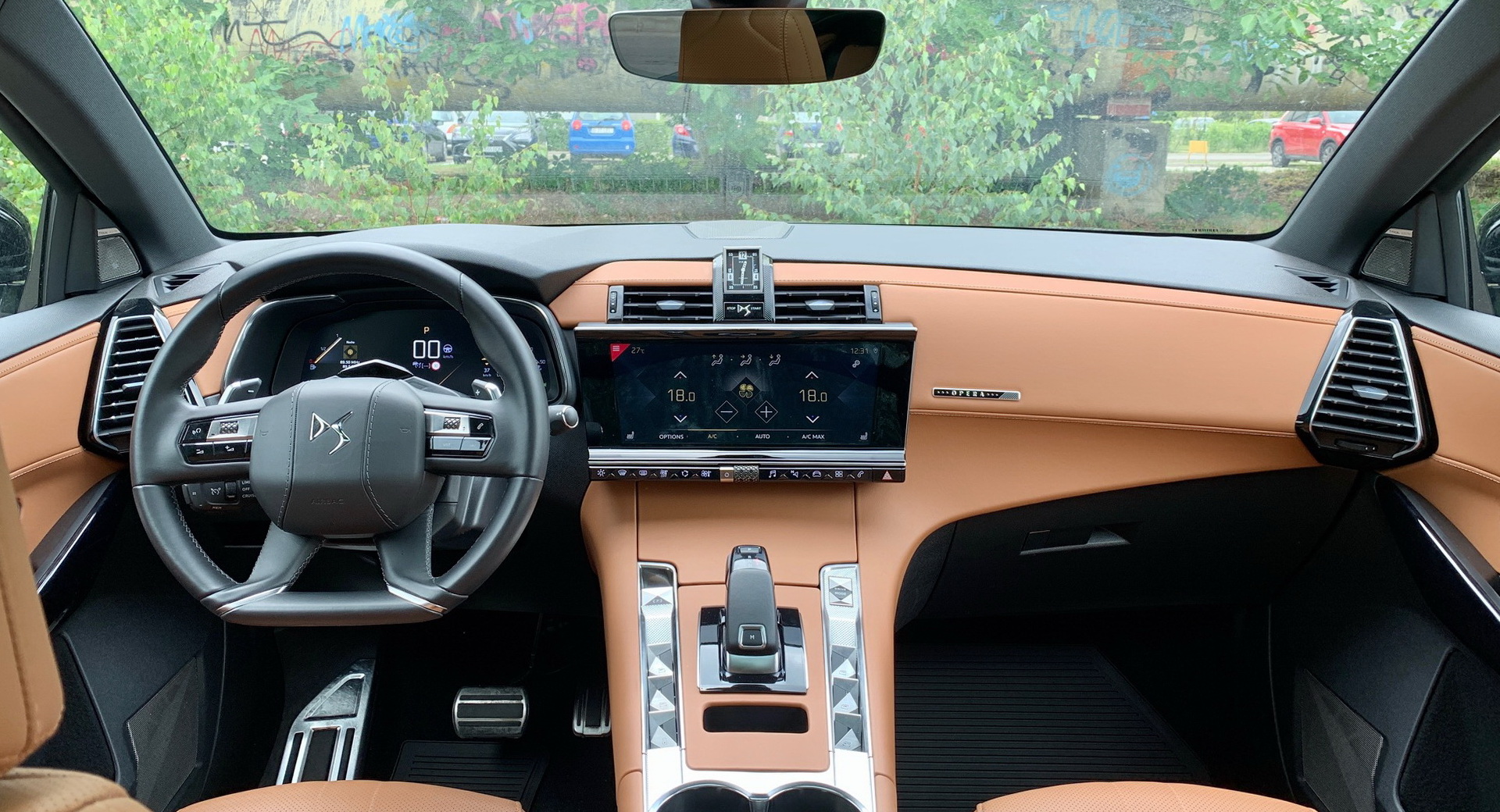 Then there’s the tech, and this is where the DS 7 Crossback should be able to win just about anybody over, because in a way, you’re getting X5 levels of driver assistance and convenience features for less than X3 money.

The options list was even more impressive with the likes of the DS ConnectedCAM, DS Night Vision, panoramic roof, HiFi Focal Electra stereo, DS Connected Pilot and Driver Attention Monitoring. All the Level 2 self-driving tech worked perfectly on the highway, making the DS 7 a really comfortable and safe cruiser.

Tremendous bang for your buck

The idea that you can buy one fully loaded premium compact SUV for the price of another brand’s entry-level variant just has to make purchasing a DS 7 a no-brainer.

Sure, some would argue that it’s not as fast or fun to drive as a BMW or an Audi, which also have a much more diversified engine range. However, you don’t buy a compact SUV for the same reasons you would a sports car or even a sports sedan. These types of vehicles are supposed to be relaxing to drive, comfortable, safe and good-looking, and the DS 7 Crossback ticks every single one of those boxes.

So while it may not be the best car in its class, it might just be the one worth having most. Too bad it’s not available in the U.S., although once the PSA-FCA merger is finalized, who’s to say the DS 7 won’t be crossing the Atlantic?