Feel free to act like you’re gasping in surprise, but another image of the new giant kidney grille BMW 4 Series Coupe has emerged online, this time originating from Chinese social media with users claiming that it shows the 4-cylinder turbocharged 430i model. [Updated]

The online world debut of the all-new 2021 BMW 4 Series Coupe is scheduled for later today but the Bavarians haven’t done a great job of keeping it a secret.

Following the leaked brochure we featured a couple of days ago, we can now show you clear shots of the second-generation 4 Series Coupe (codenamed G22) courtesy of the GermanCarForum.

A user posted exterior and interior photos of the 2021 4 Series Coupe that appear taken from an official BMW video. The images give us the most complete look yet at the premium coupe’s design – and its oversized kidney grilles. 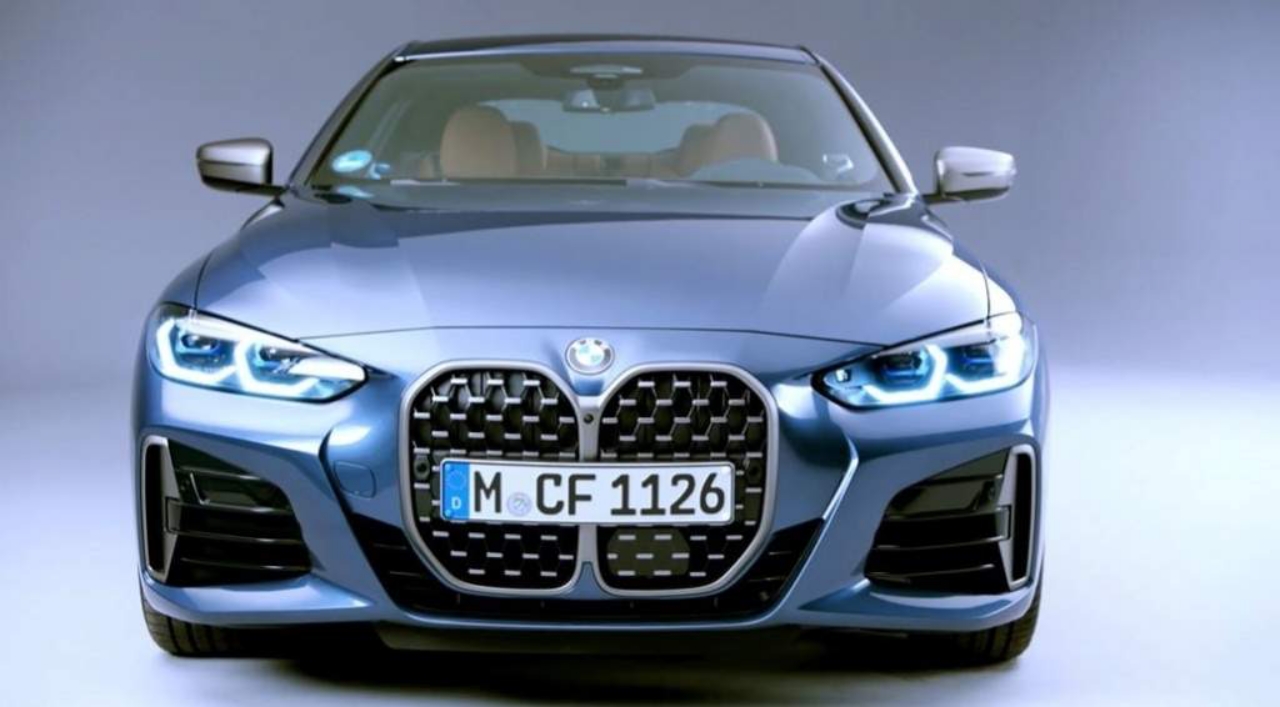 Looking at the images, it’s pretty obvious that the direction for the new 4 Series Coupe’ styling has been given by last year’s Concept 4. However, the study’s lines have been toned down for production, as have the headlights, taillights and other details.

Not the kidney grilles, though, which remain massive because the very important Chinese buyers like their grilles as big as possible. Outside China, some BMW customers will like them, others won’t, but it’s clear the big nostrils are here to stay and gradually inhale (pun intended) the rest of the lineup.

The interior images do not bring any surprises as the cabin looks largely identical to the BMW 3 Series G20 with which the 4 Series G22 shares the CLAR platform. Bar some specific trim and upholstery options, the interior will look very familiar to buyers who have been exposed to BMWs before – especially the latest 3 Series.

There will be no surprises in the engine compartment either as the 4 Series will offer the same assortment of four- and six-cylinder turbocharged petrol and diesel powertrains as the 3 Series. BMW has already confirmed the M440i xDrive Coupe as the range-topping variant of the regular lineup. Said model features a turbocharged 3.0-liter straight-six gasoline engine rated at 374 PS (369 HP) and assisted by a 48V mild-hybrid system.

Later on, a plug-in hybrid 4 Series could also happen given that BMW already sells the 330e. Of course, there will also be a BMW M4 high-performance model which will borrow the X3 M and X4 M’s 3.0-liter six-cylinder engine.