Audi has revealed the first photos of the e-tron S and e-tron S Sportback, along with full details about the three-motor performance EVs.

Based on the regular models, the S-badged Audi e-tron and e-tron Sportback are billed as the first volume production cars to use three electric motors. Two motors are fitted to the rear axle and one is found upfront.

Watch: Does The Audi E-Tron Sportback Drive As Nicely As It Looks? 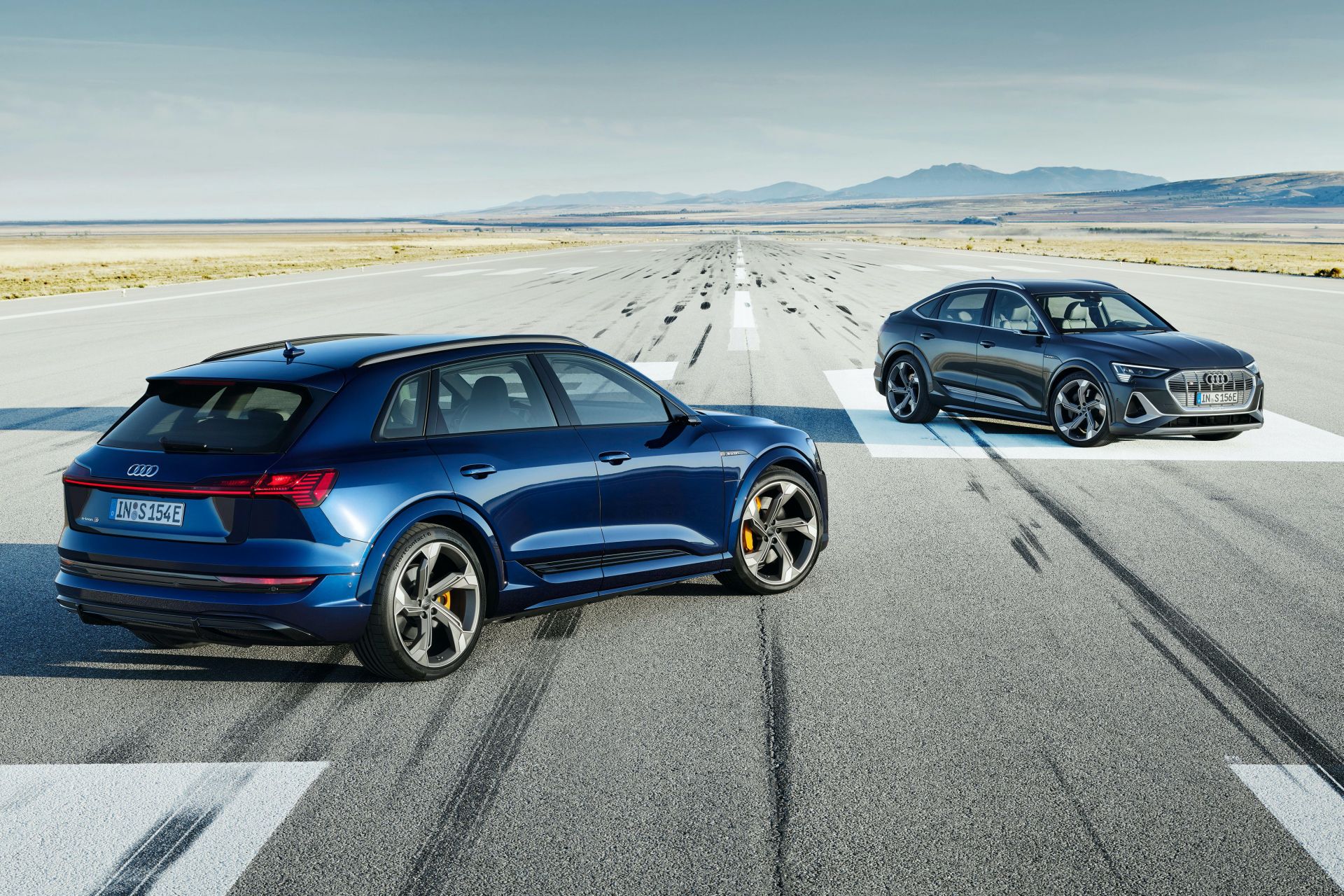 The three electric motors are powered by a high-voltage battery, which has a gross energy capacity of 95 kWh, of which 91 per cent (86 kWh) is usable. This ensures a driving range of up to 223 miles (359 km) in the e-tron S and 226 miles (363 km) in the e-tron S Sportback, according to preliminary data based on the WLTP test cycle.

Obviously, the Audi e-tron S and e-tron S Sportback integrate intelligent drive control “that elevates handling security and agility to a new level”, according to Audi. In order to improve efficiency, only the rear electric motors are engaged in normal driving mode.

The front electric motor joins the action when the driver demands more performance, or before traction is broken. Each of the rear motors sends its torque directly to the respective wheel via a single-speed transmission, which means there is no need for a mechanical differential.

Compared to standard e-tron models, the e-tron S and e-tron S Sportback have a more pronounced rear bias and are even capable of performing controlled drifts. For that to happen, the ESC must be set to “sport” and the Audi drive select dynamic handling system to “dynamic” mode.

The more handling is also made possible by the S-specific tuning of the adaptive air suspension, which can vary the level of the body by up to 76 mm (3 in). Audi e-tron S models come fitted as standard with 21-inch wheels, though a 22-inch rim will be available at a later date as an option.

Also on the menu are larger disc brakes with fixed six-piston calipers upfront painted black as standard and adorned with the S logo. Upon request, the calipers can be painted in bright orange and decorated with the e‑tron insignia.

The interior is finished in dark colors and features Fine Nappa leather sports seats embossed with the ’S’ logo, decorative inserts in either brushed aluminum or carbon, as well as the contour/ambient lighting package. The digital MMI touch response control system with two large displays is also present in the cabin, as are MMI navigation plus control and infotainment system, Audi virtual cockpit, optional head-up display, and more.