Toyota have really outdone themselves with the new GR Yaris, a subcompact hot hatch with state-of-the-art engineering and power levels that broke cover at the 2019 Tokyo Auto Salon.

Positioned against the Ford Fiesta ST, Renault Clio RS and Volkswagen Polo GTI in terms of size, the Japanese supermini is way more powerful and adds something its rivals lack: an all-wheel drive system.

How was this possible? By combining the front end of the GA-B platform that debuted in the new-gen Yaris with the rear of the GA-C architecture. This allows the implementation of the all-wheel drive system, as well as a new suspension design, with double wishbone set-up, front strut system and rear torsion beam. Stopping power comes from the 356 mm (14 in) ventilated front discs with four-piston calipers and 297 mm (11.7 in) ventilated rear discs with two-pot calipers.

First Reviews: Toyota Could Be On To Something Special With 2020 GR Yaris 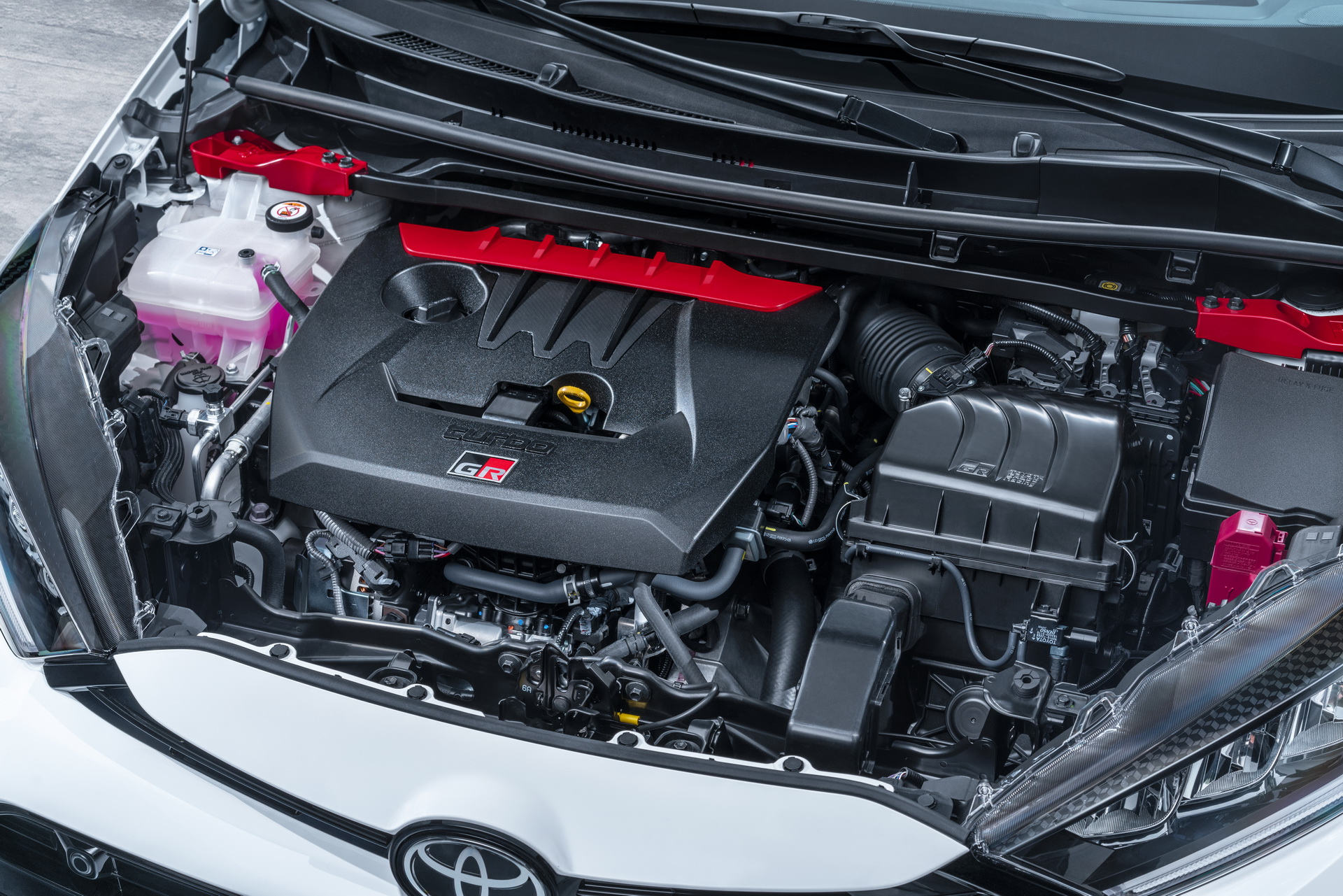 The engine is paired to a six-speed manual transmission and four-wheel drive, and can be enhanced with the two Torsen limited-slip differentials available in the Circuit Pack. The latter adds performance-tuned suspension and 18-inch forged wheels, wrapped in 225/40 Michelin Pilot Sport 4s tires.

The car has three driving modes, Normal, Sport and Track, which split the torque between the front and rear axles by 60:40, 30:70 and 50:50, respectively. In each mode, the balance will automatically adjust depending on the road conditions, vehicle behavior and driver inputs. Thus, it can direct up to 100 percent of the torque to the front or rear axle at certain times, improving grip and allowing for faster cornering.

The supermini rocks a three-door body style with a sloping roofline and frameless doors. It sports a wide air intake at the front, muscular fenders that accommodate the 18-inch wheels, roof-mounted wing and diffuser with incorporated double exhaust pipes. 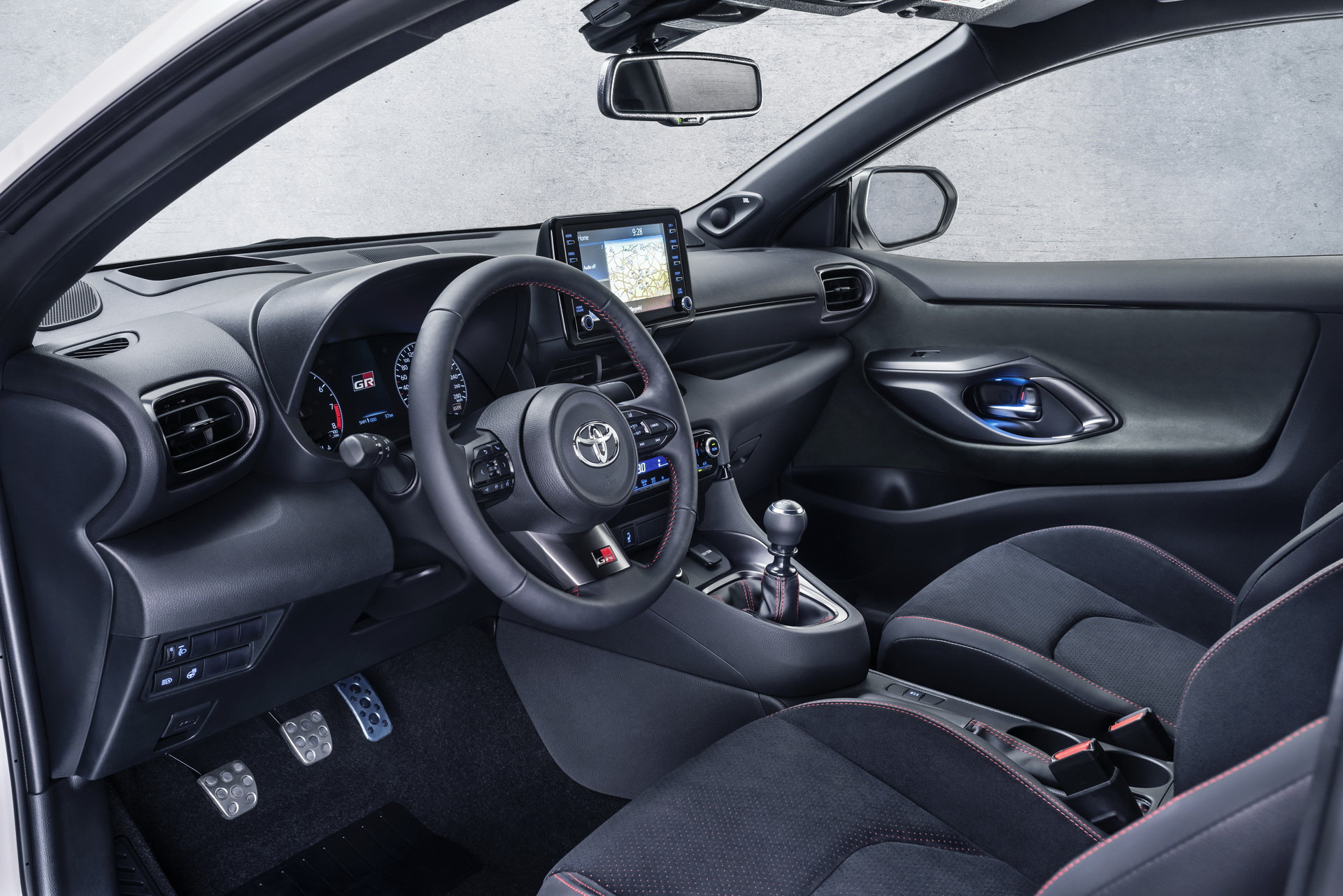 The sporty interior is dominated by black leather and Alcantara, joined together by red stitching in the car presented down below, as well as front bucket seats with GR inscriptions in the headrests, GR steering wheel and GR graphics in the instrument cluster.

Following the Supra as the brand’s second GR model, the range-topping Yaris serves as the first homologation model for the WRC since the Celica GT-Four production ended in 1999. It will be put together at the Motomachi factory, on a line dedicated to assembling GR sports cars, and pricing details and availability should be announced shortly.